Today is a national holiday in the USA in honour of Dr. Martin Luther King Jr., the black man who had a dream that his nation would be raised from the “quicksands of racial injustice to the solid rock of brotherhood”.  When he spoke on the steps of the Lincoln Memorial in Washington DC in 1963, his words yearned to have all people judge one another, not by the “colour of their skin”, but by the “content of their character”.  His eloquence and passion inspire me every time I read his words.  The great “I have a Dream” speech can be seen in the National Archives online repository.  Sadly, his voice was silenced just a few years later by an ignorant fool, but to quote Peter Gabriel, “you can blow out a candle, but you can’t blow out a fire”.  Dr. King gave the entire a role model for injustice of all kinds, whether racial, religious, gender or anything that sets humans apart. 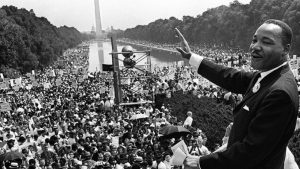 In response to racial unrest, Poet Maya Angelou once implored and reminded that:  “We are more alike than unalike”.  May we always be reminded of this sentiment.  As a businessperson, I and my company are best served when we have the best people working for us, regardless of their ethnicity, beliefs, gender, etc.  Beyond the fact that is just the right thing to do, it is an act of self-interest and self-preservation to seek the best talent unencumbered by prejudice and bias.

You see, in Canada, we are not immune to racial tension, though our history has shown us to be more of a refuge from violence and prejudice than a hotbed of the same.  Nationally, we recognize a local hero of the underground railroad, Harriet Tubman.  Ms. Tubman helped to guide thousands of slaves into Canada through secret channels of escape from their American oppressors.  To her, we owe a debt of gratitude for exemplifying the kind of courage it takes to overcome the divide of human ignorance.  So oppressive was the slavery of blacks, that many were born into slavery and knew nothing else – the ironic opposite of being born with a silver spoon in one’s mouth.  Harriet Tubman is quoted as saying: 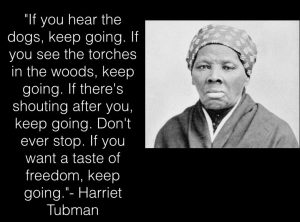 Just today, my wife made a talking point of the new $10 Canadian bill which has been printed to draw attention to an Eastern Canada black woman who suffered an injustice and never lived to see that justice corrected.  I invite you to read the Wikipedia entry about Viola Desmond.  Traditionally, paper money contains either dominant male figures or the Queen.  Of late, Canada has been seeking to honour its role models, particularly female role models.  I am impressed by this.

In our house, the dinner time conversation revolved around this issue, leading naturally to recognition of today’s holiday in the States for Martin Luther King.  My sons connected the dots well and one of them said thoughtfully “People should be judged by what’s on the inside, not on the outside”.  Amen.